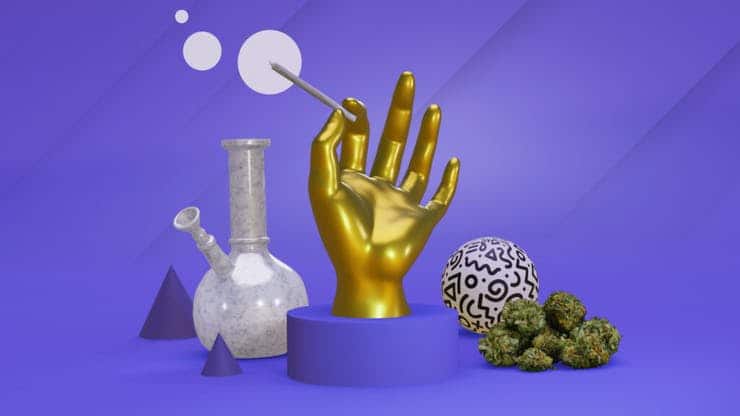 It is known by many names, Weed, pot, marijuana, ganja, doja, cannabis—the plant has many other names, and even if you’ve never smoked it, you’ve likely heard of it and seen its iconic seven-starred leaves adorning pot shops and hippie art the world over.

But despite being familiar with the plant, you might not know much about it. How does marijuana get you high? What does it do to your body? What does being high feel like? And why are there so many different types, called strains?

If you’ve ever wondered about cannabis and how to consume it, Leafly’s beginner’s guide to weed has answers to your basic questions. Come learn more about this amazing plant and the benefits it has to offer.

For thousands of years, people have been smoking Cannabis sativa for spiritual, medicinal, and recreational purposes. Today in the US, cannabis is legal for recreational consumption in 18 states and for medical use in 37 states, although it is illegal federally.

The hardy plant can be grown indoors and outdoors all over the world. In the Northern Hemisphere, seeds are usually put in the ground in the spring and plants harvested in the fall.

The plant grows its iconic seven-starred leaves for most of its life, and flowers (produces buds) toward the end of its life, much like other plants. Buds are harvested, dried, cured, and sent to the dispensary for you to purchase.

Try these strains for beginners

THC is the main compound in the cannabis plant, responsible for feelings of euphoria, relaxation, and many of the other effects of cannabis. We can study THC’s effects on the brain and body by looking at a similar cannabinoid the body produces called anandamide, the bliss molecule.

Many people also consume cannabis for creativity or focus, as it can help one think outside the box and not worry about other distractions in life.

Cannabis can cause paranoia, anxiety, and other negative feelings in some, which is thought to happen in the amygdala, the part of the brain involved in emotional processing and the fear response.

Many things contribute to how cannabis affects you and makes you feel, including:

The biggest concern with consuming weed is that a majority of people smoke it, and inhaling any type of smoke negatively affects your body, particularly your heart and lungs. Many people vaporize it or consume edibles, which are less harmful to your body. There are no known cases of an overdose on cannabis.

How does weed get you high?

Terpenes are weed’s scent compounds, giving the plant its complex aromas. Hundreds of terpenes are found in trace amounts in the plant, and there are eight main ones:

Cannabinoids and terpenes work together synergistically through a process called the entourage effect, and they interact with and activate the body’s endocannabinoid system, a cellular system which maintains balance in your body. This is how you feel high and experience symptom relief or other effects of cannabis.

Dosing cannabis can be tricky because cannabis effects plateau at a certain point and if you take more, it won’t necessarily increase effects. This plateau level is different for everyone based on body chemistry, the weed strain’s chemical profile, and how much you consume.

What is a weed strain?

Each strain has a unique chemical profile, a mix of different cannabinoids and terpenes. If you like the taste, smell, and effects of a certain strain, you will likely enjoy another strain with a similar chemical profile.

The definitions of indicas, sativas, and hybrids are somewhat fraught, Even today, budtenders and consumers the world over still use the terms “indica,” sativa,” and “hybrid” to refer to effects—indicas are thought to be calm and sedating; sativas, energetic; and hybrids, a mix of the two.

However, these terms actually refer to the plant’s physical structure, not its effects. Instead, a strain’s effects are a result of its chemical profile (its mix of cannabinoids, terpenes, and other compounds). That chemical profile will also interact with each person’s body in a different way.

How to consume weed

People have been consuming weed in various forms for thousands of years. Today, there are many different ways to consume it, through different types of devices.

Ways to consume weed include smoking, vaping, eating, and topical application. Weed can be smoked through pipes, bong, and bubblers, which can be made from a variety of different materials and objects. It can also be rolled and smoked in joints, blunts, and spliffs.

Vaporization is popular today, especially with the advent of vape pens, which are popular with beginners because they are discreet, portable, and easy to use. There are many different types of vaporizers—some are handheld, some are larger devices that are plugged in at home—and they can vaporize flower, concentrates, or both.

Dabbing is a relatively new form of consumption in which cannabis extracts are flash vaporized. Beware though, dabs contain concentrated amounts of THC and are very potent; sometimes just a sliver of a concentrate will be equivalent to a whole joint or bowl. Dabbing is often for more experienced consumers.

Edibles are any food or drink infused with cannabis. Common edibles include: gummies, brownies, chocolates, and cookies; less common edibles are: drinks, such as sodas, beer, and wine, potato chips, beef jerky, and pretty much anything that can have cannabis butter or oil added to it. They are great for cannabis beginners because you don’t need a device to consume them and they are measured and dosed, so you will get a consistent experience time after time.

With edibles, always remember: start low and go slow. Take a little bit, such as 5mg or even less, and wait an hour or two for the effects to kick in before taking more. Edibles are typically stronger, take longer to kick in, and last longer than smoking or vaporizing weed because they are processed in the stomach and liver, as opposed to the lungs.

If you consumed too much weed, here are some tips on how to sober up. Clearing your head, staying hydrated, taking a walk, and distracting yourself can help. 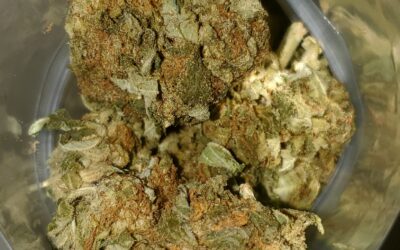 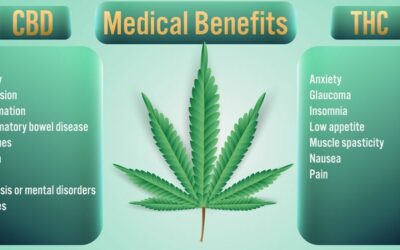 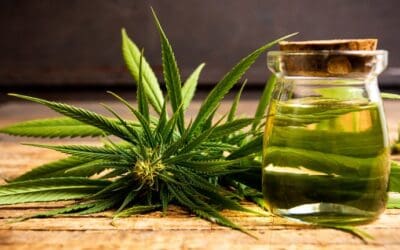